Anushka Sharma, Virat Kohli and their daughter Vamika are currently in England for the World Test Championship Finals with New Zealand. Recently, cricketer AB de Villiers‘ wife Danielle de Villiers conducted an ‘Ask Me Anything’ session on Instagram and shared an unseen picture of Anushka and Vamika.

Soon after she shared the picture of the gorgeous mommy-daughter duo, it went viral on the internet. One of the fans asked Danielle, “Do you and anushka sharma hang out?” to which she replied, “She’s one of the loveliest and most kind-hearted people I’ve ever met. We don’t live in the same country but if we did I would like to think we would.” 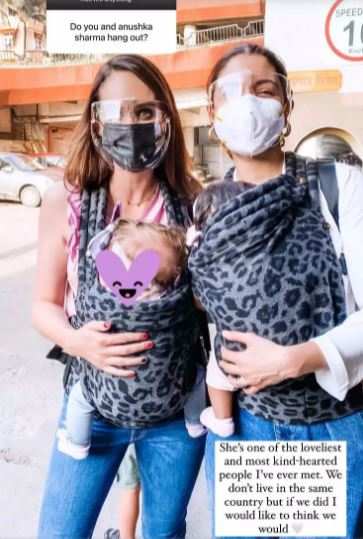 After an unseen picture of Anushka and Vamika, a cute baby picture of Virat is doing the rounds on the internet. In the picture, he can be seen looking at something with his tongue out. Baby Virat can be seen sporting a blue and white embroidered shirt with his hair all messed up. The picture is too cute to be missed! Have a look: 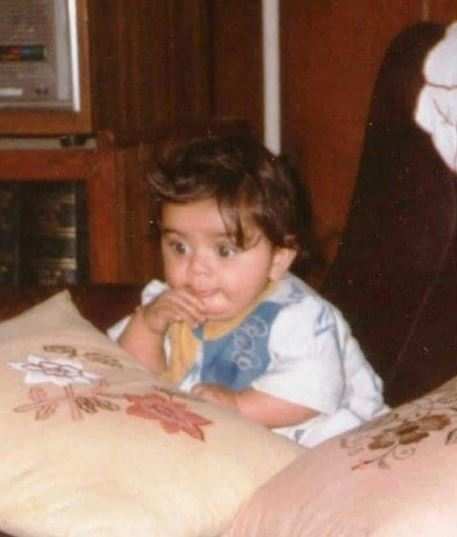 Recently, Anushka shared a picture on Instagram and offered a glimpse of her lavish hotel. The couple is currently quarantining at a plush hotel that is inside the cricket stadium. Along with the picture, the actress had written, “Don’t bring work home isn’t going to be applicable for Virat for sometime. 😋 #QuarantineAtTheStadium” Have a look:

Indian women all-rounder Harleen Deol dropped a comment on her picture and revealed how Virat went on his knees to click Anushka’s picture. She wrote a hilarious comment that read, “hahaha I could see the photographer getting on knees for this click . Full dedication I must say.”

On the work front, Anushka was last seen in ‘Zero’ with Shah Rukh Khan and Katrina Kaif. She is yet to officially announce her next project.