Kangana Ranaut, who has completed 15 years in the industry took a walk down memory lane to back when it had all started. “I was told that if I became as good as Smita Patil or Shabana Azmi, I would never be a mainstream actor,” recalls the actress who had made her debut with Anurag Basu’s ‘Gangster’. In this week’s #BigInterview, the actress, who has since then come a long way and has now added a lot of feathers to her cap, spoke about her inspiring journey, how she made it through despite the challenges, why she refused the Vidya Balan-starrer ‘The Dirty Picture’ and more. Excerpts:


If you were to compare Kangana from 15 years ago to the one now, what are the major changes that you witness?

There’s a lot of change. I was a kid back then, and now I am a woman. 15 years is a lot of time, and those 15 years are the most crucial. During this time, the most important thing that I learned about my own self is that somewhere I have evolved a lot; I would like to believe that. I am somebody who has become a much more sorted person. Growing up, I was a very edgy person; I was so wild! I don’t know how I made it. I was so wild that I should have not been alive; I am surprised that I am alive. So I am happy that I sorted myself out and became liveable if not loveable (laughs). No, I actually feel loved and I think the kind of love I want I already have in my life with so many people around me. Yes, that comes along with a lot of hate too, but it’s not a problem because everyone has to face that. I think at the age of 34, I am sorted. And I am glad that I didn’t just age but also grew up.

How difficult was it for you to make a place for yourself in showbiz since you had no filmi background?

Showbiz has many places to give to many types. The place they wanted to give me, and in general, as an actress, I was not okay with that. I wanted another type of place for me. And above everything, I wanted a lot of respect, as an individual. But actresses, in general, were treated very bad back then; generally, in the film industry, actresses are given very bad treatment. They are constantly treated as lesser beings. So, to have that second citizen-type of treatment meted out to me, didn’t go down very well with me. I tried to make my own place and that was a big struggle. If I had to settle for what they were giving me, I don’t think I would have come this far. For them, beauty was being fair. I was fair enough and I could have made a place for myself for 3-4 years, which anybody with a fair complexion can. So, that was all that they wanted. They were willing to give me that shelf life in return for the fair complexion. But I was not okay with that. My fair complexion is the least of my favourite things. There is so much more to me as an individual and I was appalled to see that they didn’t care about that. They had nothing to do with that. Now they must be surprised to see what kind of a person I turned out to be. But I was always this person and they just didn’t see me like that before. I tried to tell them before in so many ways and show them that I had so much more to offer in my career and as an individual, and a creative person, but they weren’t willing to look beyond my fair complexion. So, to hell with them! But all in all, I was not okay with the kind of place they wanted to give me. 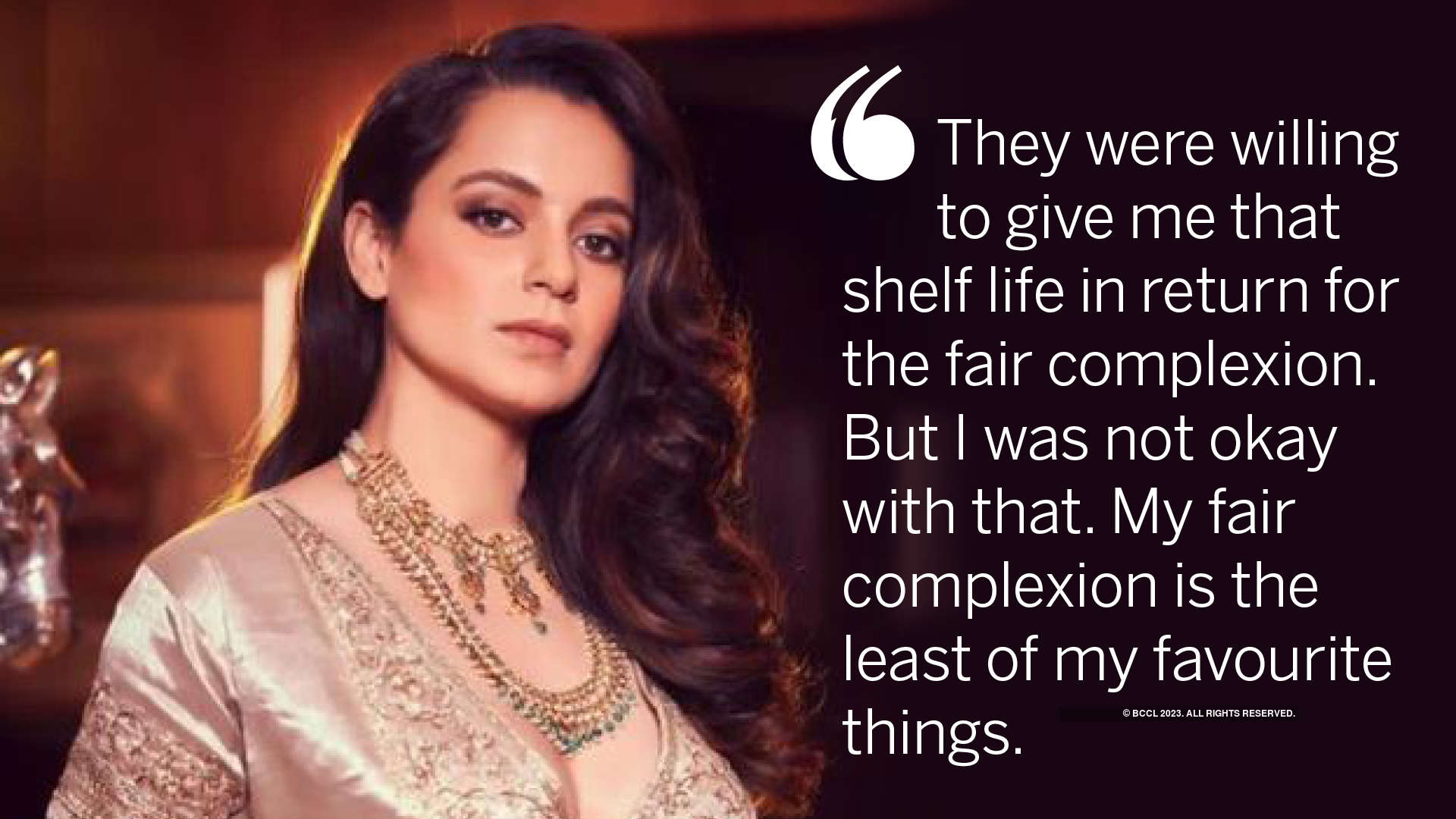 Is there any film that you regret turning down?

Not really. But I think ‘The Dirty Picture’, just like I always said, turned out to be so wonderful! But I don’t think I would have done it better than Vidya Balan because she was terrific in that. But yes, sometimes I feel that I didn’t see the potential in that film. I was not given anything on the platter. A dialogue in my upcoming film goes, ‘If life gave me an ounce, I gave it back a pound’ and similarly, I made so much from my off-beat films! I became a mainstream star from parallel or off-beat films only. I have completely made the most of my opportunities, multiplied the outcome of my opportunities into another proportion altogether. I have never done one of those conventional films of Rajkumar Hirani or Sanjay Leela Bhansali or even Dharma Productions, YRF or any of the Khans’ films. I have done none of that but still, I’m the top leading actress who has made a name for herself. It is a case study on its own. Though I failed to see the opportunity in ‘The Dirty Picture’, I don’t regret it. 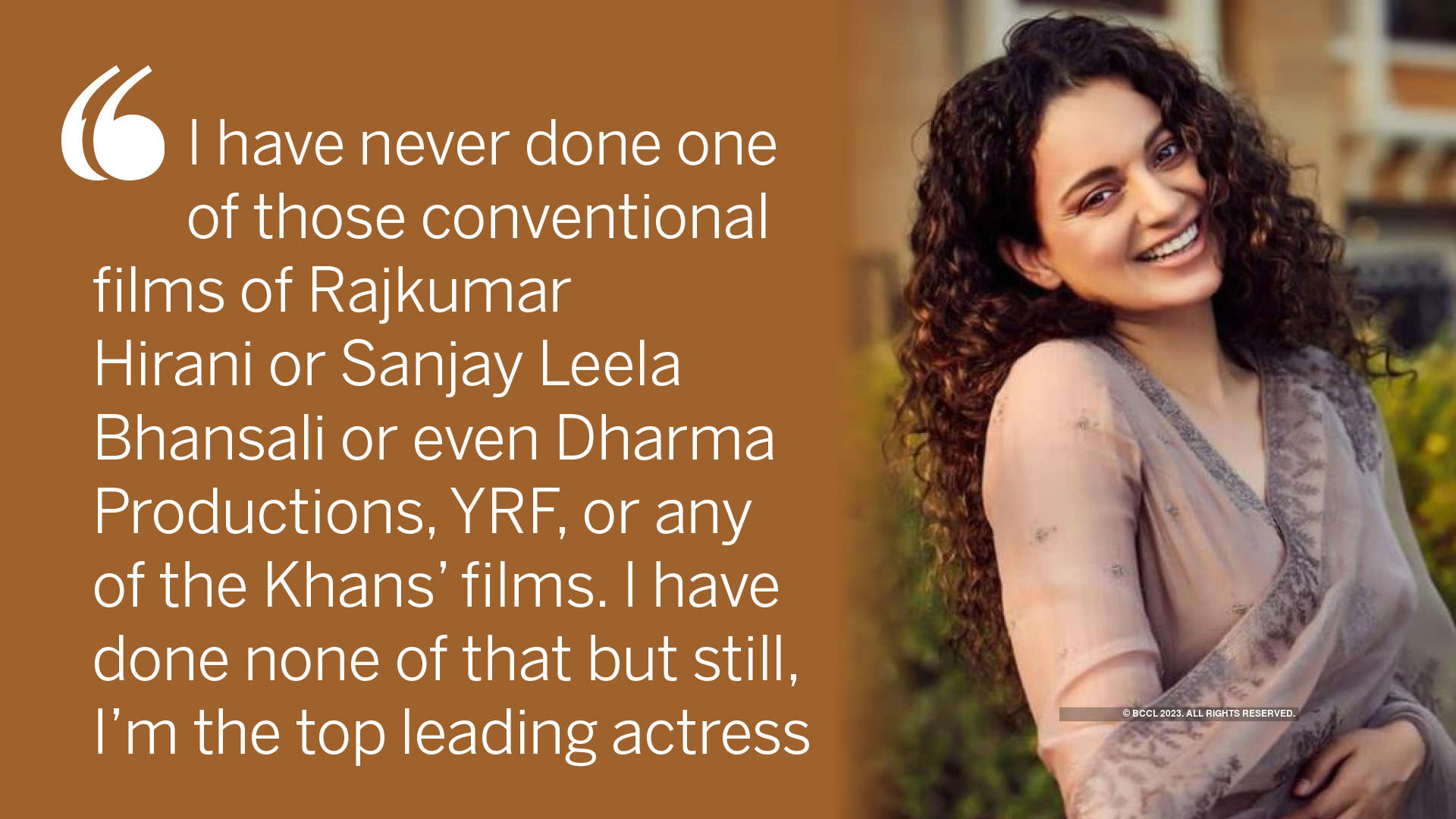 From starting off as an actor to now becoming a director, is there anything else that you want to tick off from your bucket list?

Well, for now, I am very happy being an actor and I definitely want to become a very successful director, the top director in the country. I also want to be a producer–a good enough producer–because I am not a money person. But I want to make good content and I want to be someone who backs good content. 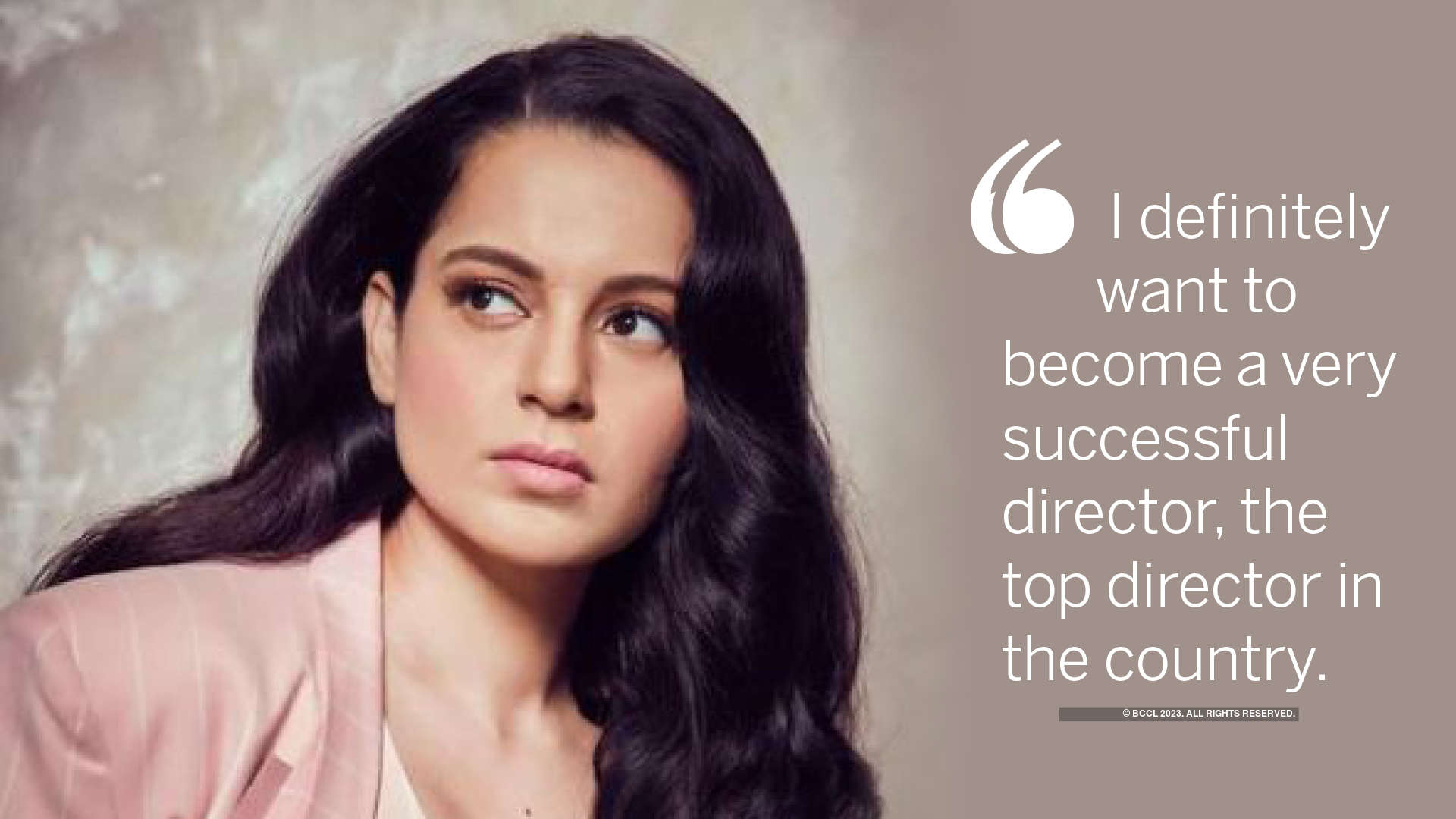 If you get a chance to change anything in your film career, is there anything that you would want to change?

Well, this is a redundant question since anyone would want to do that. I had said that I started out as an intense actor, but then I was shamed about my acting, so much so that people started questioning as to why I was trying to become an art-house actor. I don’t mean to disrespect anyone but I am just quoting what people told me. “If you become as good as Smita Patil or Shabana Azmi, then you can never be a mainstream actor,” this is what I was told. So, after everybody kept asking me why I wanted to be such a good actor and after doing films like ‘Gangster’, ‘Woh Lamhe’, ‘Life in a Metro’ and all, I tried to do ‘Double Dhamaal’, ‘Rascal’ and ‘Shakalaka Boom Boom’. 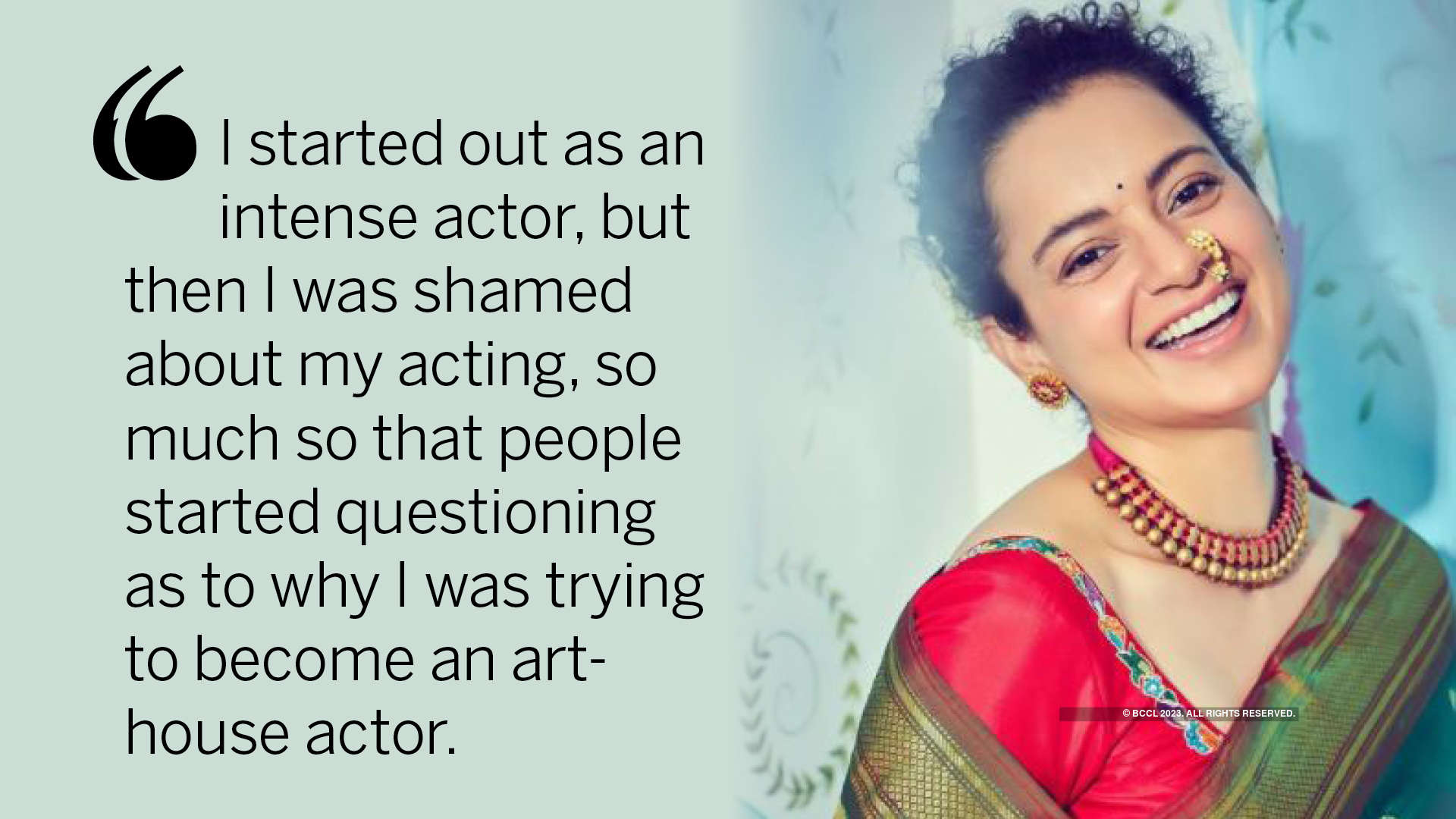 If you see, in those films, the way I am acting, clearly I’m just trying to dumb myself down to everybody’s level, doing characters below my intelligence. But I am not blaming anyone for that, I wanted to do those films; I didn’t mean to disrespect anyone. I have a lot of respect for them because obviously I was paid so well and I could do so many things because of that. But that is not the point. What I am trying to say is that when I see those films now, I cringe when I see how one can de-value oneself in such a way just to fit in. Just because I am such a good actress and nobody likes that, I must dumb myself down or I must play dumb and act badly just so that people accept me. Yes, nobody will believe that. The future generation will not believe that such a thing must have happened, but you guys know it happened. But what a tragedy!

What advice would you give to your younger self?

If I could, I would want to tell my younger self to not do that. I would tell her to not try to fit into mediocrity. If you are exceptional, you just accept yourself and people will accept you. If you are exceptional, you may not be like anyone else or the kind of actresses who are loved by India. You may not be Hema Malini, Deepika Padukone, Sonam Kapoor, or Alia Bhatt, no you may not be that, but you are Kangana Ranaut. You should accept yourself for who you are. I would want to tell my younger self that and prevent myself from doing anything which is so embarrassing (laughs). When you are young, everyone makes these mistakes. You try and test, and of course, everybody goes through insecurities and a lack of confidence. When you feel that everything has gone wrong in life, and that you need to change yourself–colour your hair, botox your lips, or just do things–so that people will accept you because everything has happened wrong… Everybody feels that way, but I want to tell young girls that they don’t need to feel that way because they are perfect. You will know when you are 34 that you are perfect (laughs). Anyway, everybody will learn. 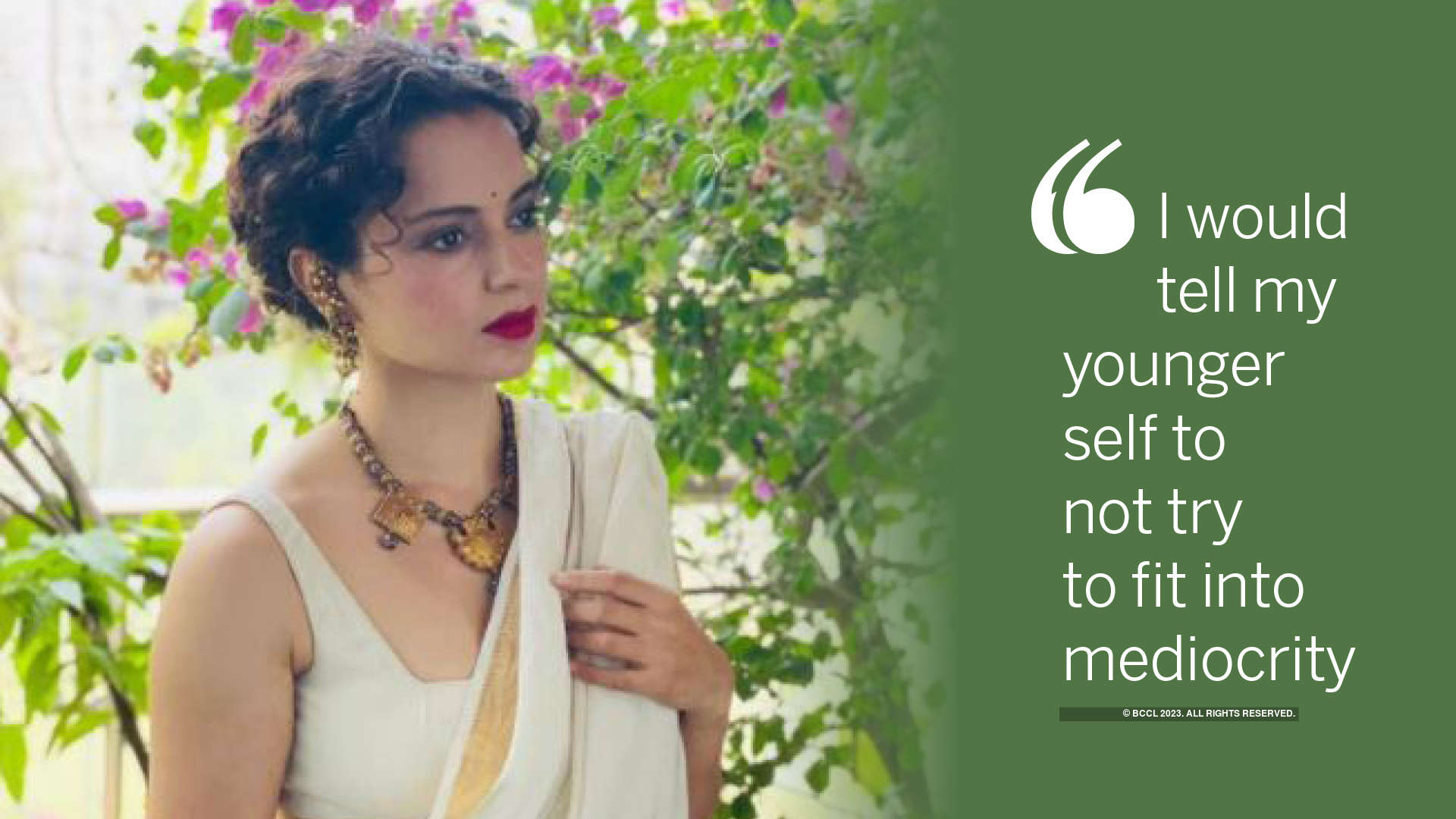 If T20 World Cup drains Indian resources or is unsafe, better not to play over there: Pat Cummins | Cricket News