Interior designer and Hrithik Roshan’s ex-wife Sussanne Khan is quite active on social media and enjoys a massive fan following. This time the diva shared a picture of herself donning a grey pathani suit while striking a pose with elegance. Have a look :

While fans and well wishers have been showering her pictures with a lot of love, it was Hrithik Roshan’s comment on the post which grabbed our attention. Complimenting Sussanne’s style, the actor wrote , “Super look” to which Sussanne replied saying, ‘lol n super comf!’ 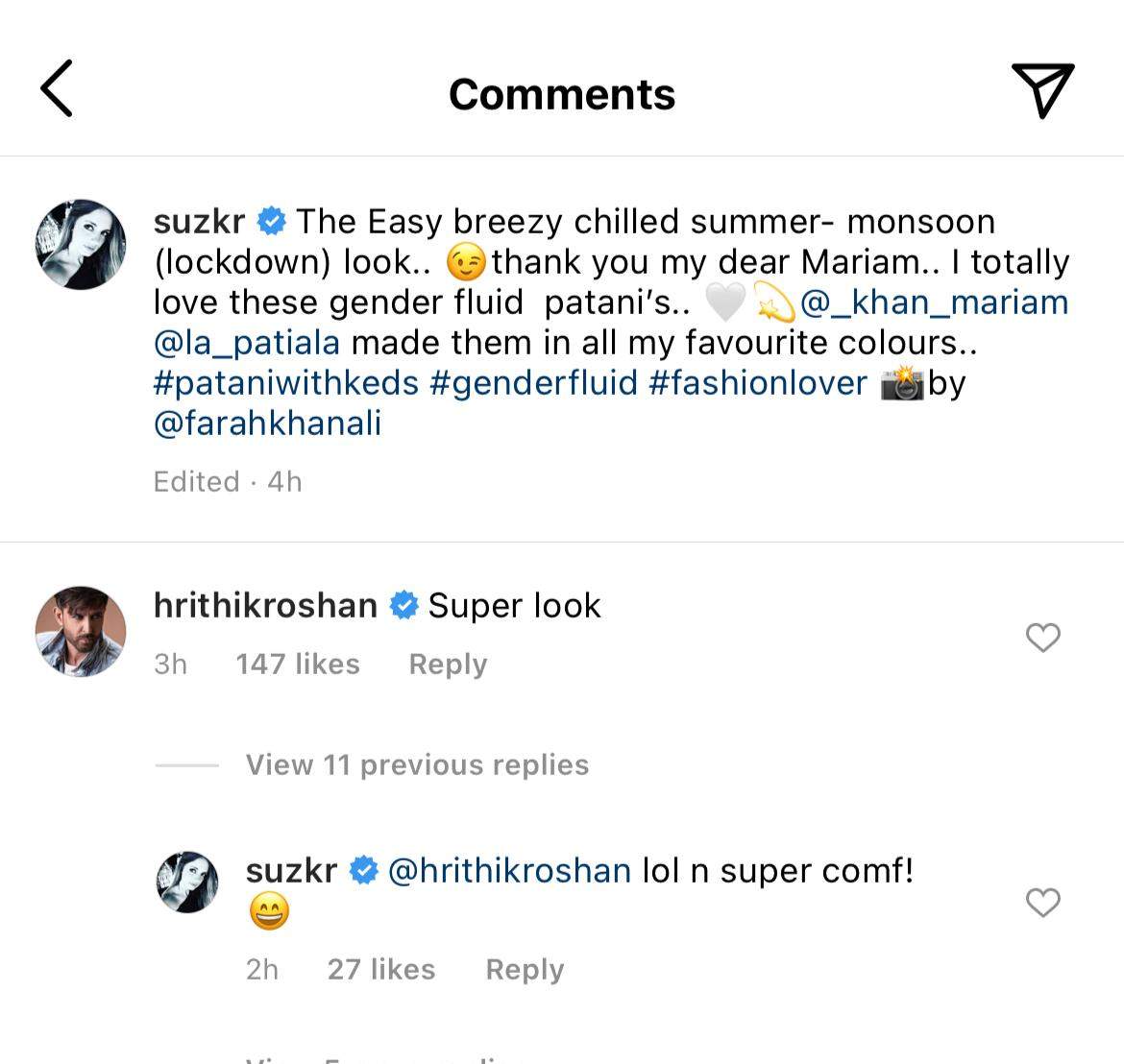 Sussanne might have separated from her superstar husband Hrithik Roshan but they maintain a cordial and friendly relationship with each other. They are often seen going on movie dates and vacations with their kids Hrehaan and Hridhaan.

On the work front, Hrithik was last seen in ‘War’ alongside Tiger Shroff and Vaani Kapoor. He was also seen in ‘Super 30’ sharing screen space with Mrunal Thakur. The actor is reported to team up with Saif Ali Khan for the Hindi remake of the 2017 Tamil superhit film ‘Vikram Vedha’. He also has a project alongside Deepika Padukone.

‘Thankful to Mamata for giving me chance in playing 11’: Babul Supriyo after joining TMC | India News