Kangana Ranaut is all happy and cheerful as she finally stepped in theatres after two years to watch a movie. The actress, who is currently shooting in Budapest along with Arjun Rampal for her upcoming actioner, ‘Dhaakad’ took a day off from the shoot to enjoy Scarlett Johansson’s ‘Black Widow’ in theatres.

“Back to popcorn days,” wrote the actress as she shared a fun boomerang video in which she is seen holding 2 tubs of popcorn while heading to watch the movie. Kangana also shared a series of pictures, as she headed to theatres to enjoy a movie on big screens after a long hiatus. “After two long years back to theatres for #blackwidow Thanks to my producers for planning this outing for us,” she mentioned. 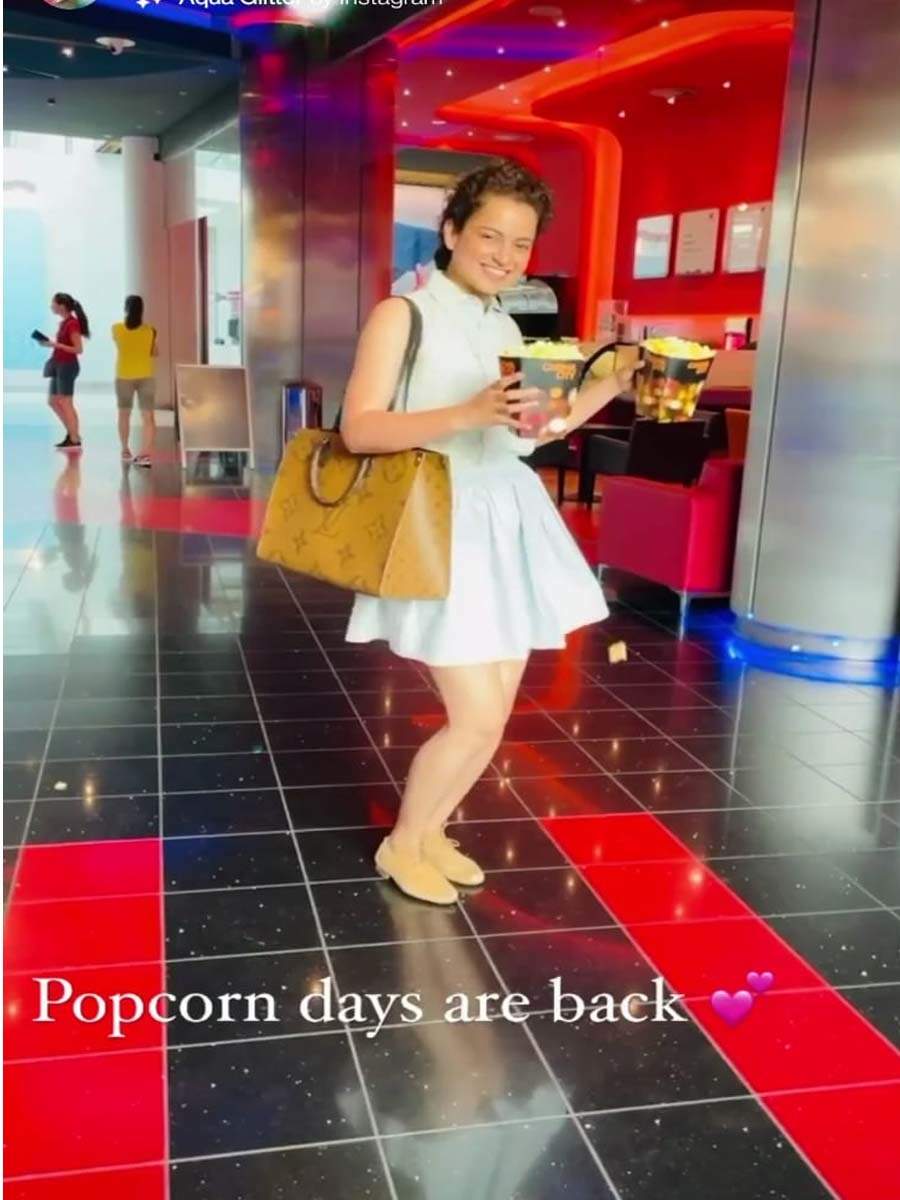 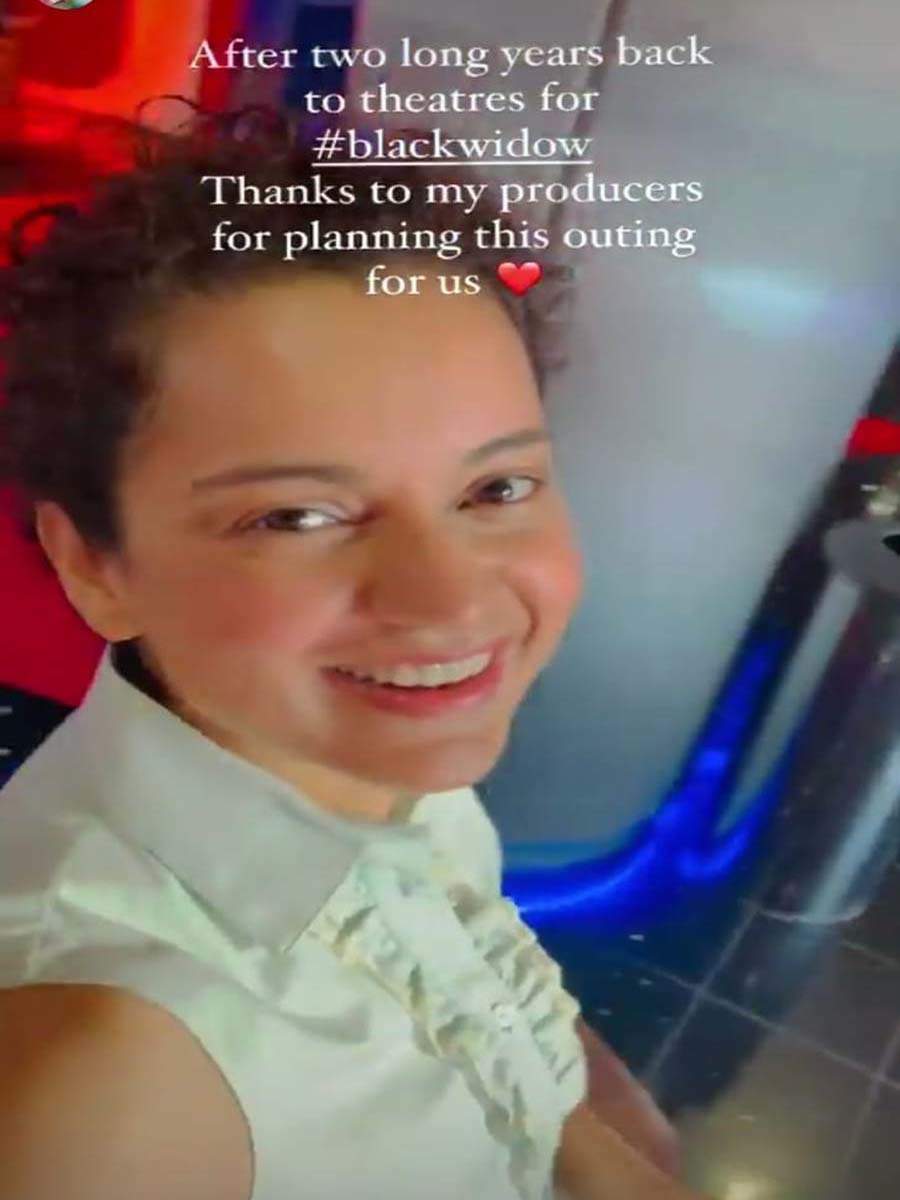 Kangana is all smiles in a white dress with her hair tied up as she enjoys movie time along with the ‘Dhaakad’ team. Helmed by Razneesh Ghai and produced by Sohail Maklai, ‘Dhaakad’ is an action film as mentioned earlier where Kangana will be seen as Agent Agni and Arjun will play Rudraveer, the antagonist. Kangana recently joined Arjun in Budapest while he wrapped up shooting of his portions for ‘Dhaakad’. Photos from the sets of were all over the internet.