Bollywood actor Irrfan Khan and costume designer Bhanu Athaiya were among late screen icons who were paid tribute along with Sean Connery, Christopher Plummer and Chadwick Boseman, at the 93rd Academy Awards on Monday.

The tribute, in the form of a video clip, paid homage to artistes who passed away during the past year, including actors, writers, directors, and technicians.

“It was a year of profound loss in so many ways. At the Academy, we remember these accomplished filmmakers and artists,” read a statement by the Academy.

Bhanu Athiya, who was the first Indian to ever win an Oscar was honoured in the ‘In Memoriam‘ tribute video. The ace designer, who passed away last year, was awarded the Academy Award for Best Costume Design in the year 1983 for her work in ‘Gandhi’.

Irrfan, who worked in a number of Hollywood films, including ‘Inferno’, ‘The Amazing Spider-Man’, ‘Jurassic Worl’, was also honoured for his contribution to the craft.

In Memorium reminded me we lost Irrfan Khan. In LIFE OF PIE while confronting the truth, he looks right in the came… https://t.co/rTezOmeeWJ

When you see #IrrfanKhan’s picture go by in the #oscars #inmemoriam section https://t.co/sgaryo2HkR

Heartwarming and heartbreaking to see Irrfan Khan ♥️ feature in the “In Memoriam” section of #Oscars2021 https://t.co/pS97x66b96

Was touched and glad to see the #Oscars tribute to the dearly departed #Bollywood veteran Irrfan Khan Saab and the… https://t.co/l4PCMMDyk7

My heart aches. Seeing #IrrfanKhan at #Oscars2021 @TheAcademy. A brilliant actor gone too soon. Thanks for all the… https://t.co/vgYXtBtAzs

Although late Bollywood actors Rishi Kapoor and Sushant Singh Rajput were not included in the clip, the Academy paid tribute to the two actors on their official website. 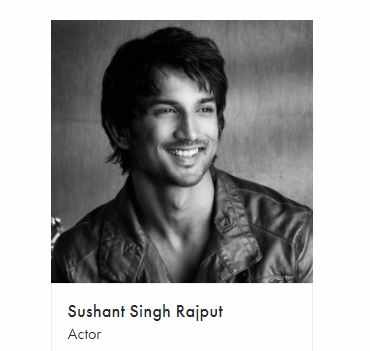 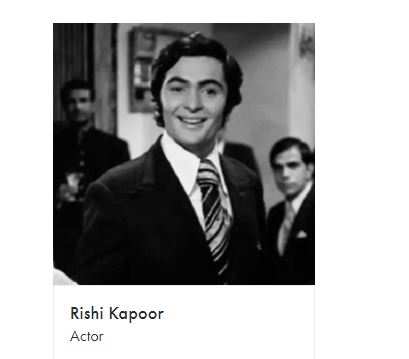 Other late artistes who were remembered in the video included ‘Black Panther’ star Chadwick Boseman, Oscar-winning ‘James Bond’ actor Sean Connery, Oscar-winning ‘Knives Out’ star Christopher Plummer and many others.