Ranveer Singh took to Instagram to mourn the demise of the Grammy-nominated rapper DMX. The rapper-actor passed away after a massive cardiac arrest. He was 50.

Sharing a monochrome picture of DMX, he captioned the post with a heartbroken emoji. The actor also added the song ‘Let Me Fly’ of the rapper as the background. Check out the post here: 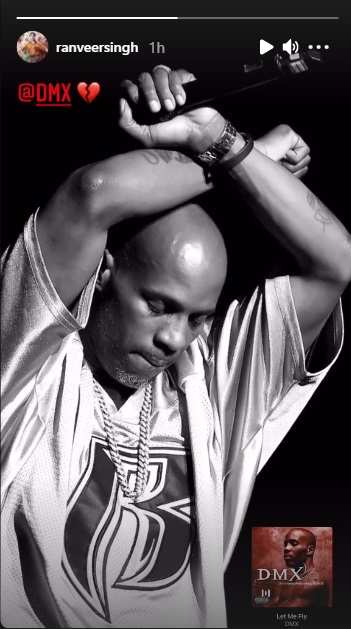 DMX was rushed there from his home on April 2. The rapper, whose real name is Earl Simmons, had struggled with drug addiction since his teenage years.

Meanwhile, on the work front, Ranveer is working on his upcoming film ‘Cirkus’ helmed by Rohit Shetty. Jacqueline Fernandez and Pooja Hegde are the leading ladies of the film.

On the other hand, he will next feature in Kabir Khan‘s sports drama ’83’. He will be playing the role of former Indian cricketer Kapil Dev. The multi-starrer drama also stars Deepika Padukone as Kapil’s wife, Romi Dev.