Every girl thinks of her father to be a superhero, however, when Ananya Panday compared her father to Tony Stark aka Iron Man, a character played by Hollywood star Robert Downey Jr., she got heavily trolled on the internet. From commenting, ‘Sasta Tony Stark’ to ‘thank God Tony Stark is not alive to see this’ and asking Downey to file a defamation case for the same, netizens targetted the actress and also questioned her intelligence. 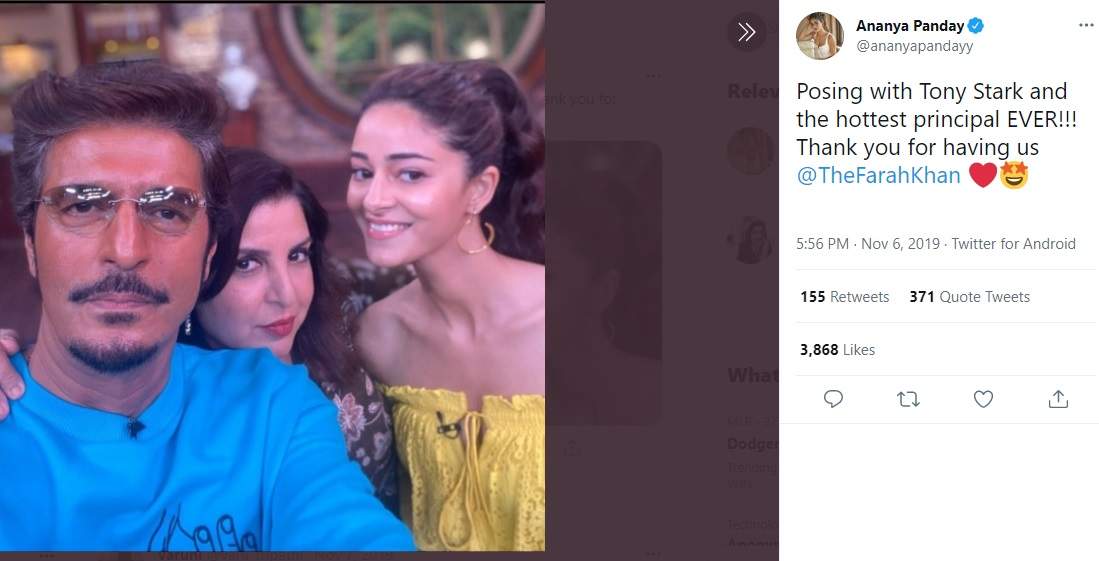 Soon, Ananya Ananya who seemed to be quite unapologetic about her post decided to give it back to the trolls. The young starlet shared a throwback picture of father Chunky posing with RDJ in real with a caption that read, “Judwaa. Why you gotta h8.”

Meanwhile, Bollywood stars often have fallen prey to online trolls for either their pictures or comments made on public platforms. However, despite being targeted online, these actors don’t hesitate to give it back.

On the work front, Ananya Panday was last seen in Maqbool Khan‘s ‘Khaali Peeli’ co-starring Ishaan Khatter. With this film, the duo shared the screen space for the first time.

Ananya will next feature in Shakun Batra‘s upcoming untitled film with Deepika Padukone and Siddhant Chaturvedi. The movie is a story about relationships in the modern world, revolving around two couples. A source told Mumbai Mirror, “Shakun wanted to cast a fresh face alongside Deepika and he felt Siddhant fit the bill.”

10 rare pictures of Anjali you must see